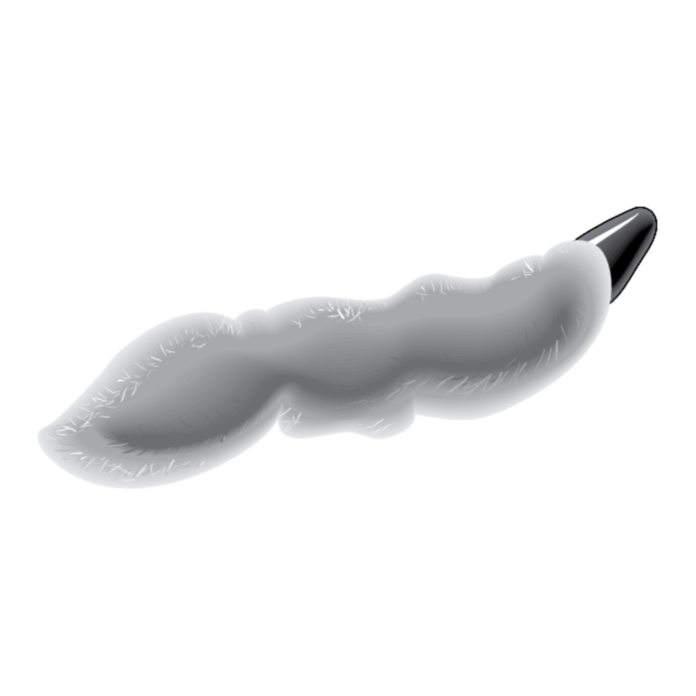 In the spring and summer, these cinder worm fly have a spawning swarm that attracts game fish just like a mayfly hatch on a trout stream. Hatches generally occur during new or full moons on an outgoing tide.

Calm, warm nights are usually prime time, but swarms can occur during the day, peaking from June through July. Worm swarms create draw game-fish into feeding frenzies along the beach.

The cinder worm is usually red or some combination of red, white, and black. Cinder worms, shown in Figure 11-5, are 1 to 4 inches long and swim in wild spirals.

You’ll need a worm fly, either a specific imitation or, if you don’t have one, a San Juan Worm or Paolo fly is better than no worm at all. In a pinch, a Woolly Bugger will work well too.

Your fly must be heavy enough to fall through the swarm, heading nose down. Black is a good color for warm nights, so try a black Muddler fly on the surface. A Snake fly is also good for this bait.

Knowing about this worm that never gets bigger than an inch and a half will only do you any good in the Florida Keys, which, I admit, kind of limits you. But the worm hatch is such an amazing thing to hit and affords a great opportunity to experience a soul-stirring tarpon feeding frenzy.

It almost boggles the mind that such a teeny worm could summon forth such activity from such big fish . . . but it happens.

In May, June, and often on into early July, the extreme low moon tides allow the coral shallows to warm up. The Paolo worm, which only lives in coral, gets in a mating mood when this happens, and huge swarms of them will drift out of the coral and float in the tide, looking for and finding mates.

This is one of those times and one of those destinations that you have to put on your list and hit at least once in your life. I have used both a San Juan worm and a Cinder worm for this bait.