Because a gill net is like a long, vertical curtain of mesh, this simple gear is easily set, usually by boat, in liquid water. Although gill nets also fish well in winter, the problem with setting them stretched out under the ice is obvious. Innovative solutions exist, however.

A necessary step to gill netting under the ice is to extend a rope down one hole made through the ice and out another, and then tie the net to the rope and pull it between the holes. The trick is in getting the rope passed through the holes.

The simplest way is to make numerous holes in a line, and to pass a rope from one hole to the next using a long, pliable stick. A marginal advance on this approach is the Murphy stick method, a less than auspicious name based on Murphy’s Law – the idea that if something can go wrong, it will.

A Murphy stick is a contraption consisting of an aluminum pipe with a pivot connecting to a longer length of pipe with a float and an eye on it. The fisherman passes the rope through the eye, and then passes the longer pipe section through the hole and aims it toward the next hole. When he spots its end there, he snatches the rope with a long hook. 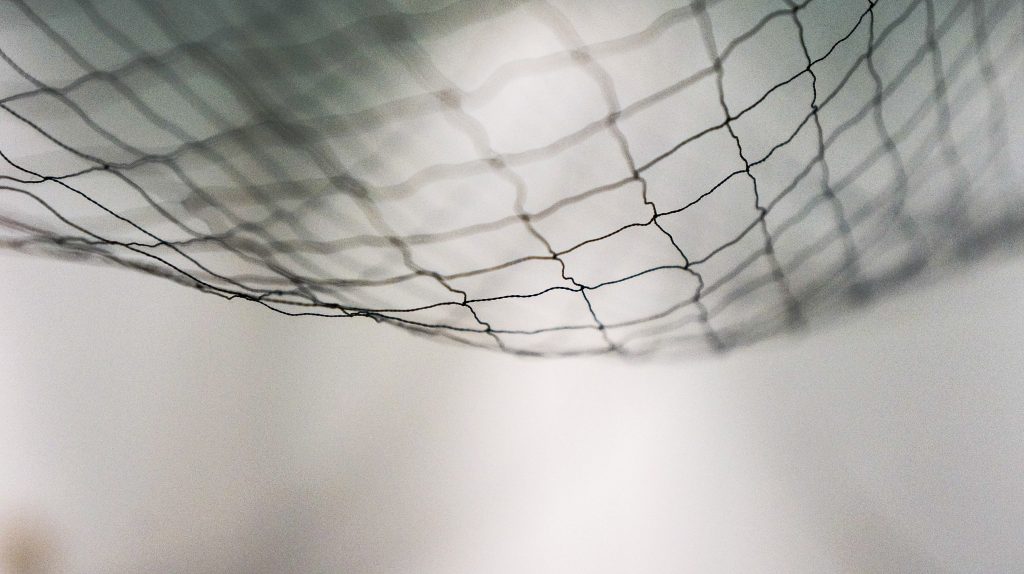 The real advance in setting gill nets under the ice was via the ice jigger (gill netting), an apparatus designed to walk a line under the ice. The ice jigger, invented around 1912 by a fisherman-blacksmith for use on Lake Manitoba in western Canada, consists mainly of a plank and two levers so arranged that a backward pull on an attached line translates into a forward thrust that pulls the plank along beneath the ice. When the jigger is placed under the ice, the buoyancy of the plank causes it float against the ice cover.

A metal arm assumes a vertical position; a wooden arm in the slot of the plank remains horizontal. When the fisherman pulls the running line, the metal arm us pulled backward, the wooden arm us thrust upward, and a spike at its tip penetrates the ice, preventing backward movement of the jigger equals effective gill netting.

Using a jigger requires teamwork. A second operator has to try to follow the progress of the jigger by listening for the sound of the spike ticking against the under surface of the ice in order to make a second hole to retrieve it.

For night work, a mounted flashlight can provide a visible glow to the gill nets. The beauty of this approach is that only two holes have to be made; this is no small advance in a region where ice could be six feet thick. So successful was this device that following its invention, it was soon being used across most of Canada.