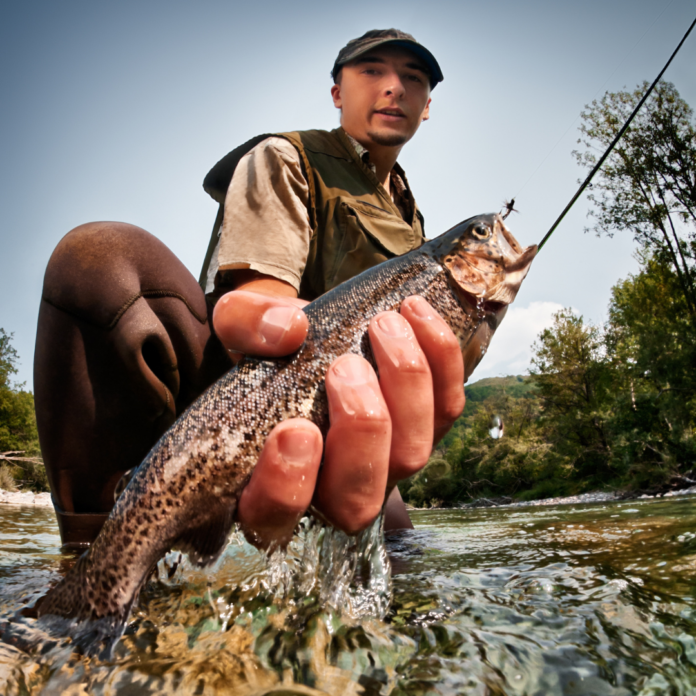 You can catch coarse fish all year round, though some species are more associated with specific seasons. Thus you should know that rudd and tench are often at their best in summer, chub and pike in winter, perch and barbel in autumn; many fish like carp, bream and roach feed happily all year round. Freshwater eels can be a nuisance in spring and summer when they’ll take baits meant for other, better-looking fish, and they are slippery swines to unhook.

On hot days, you’ll do best in the early morning or evening and on into darkness. If you’re trying to catch a fish from the surface (anglers get terribly excited by catching something they can see, as opposed to dropping the bait into water that looks like soup and hoping for the best), then you may do okay during the middle of a hot summer’s day, as fish such as carp like to drift around just under the surface; however, the heat also makes them lethargic and disinclined to feed. In winter, you’ll often do best in the middle of the day when the water has absorbed a bit of heat – otherwise, many species will just be holed up somewhere, dozing and minding their own business.

You should avoid windy days until you’ve mastered your tackle. It’s extremely difficult to demonstrate your high level of expertise when your line and everything attached to it spends all day in a bush, up a tree, round the legs of your chair or attached to the collar of an excitable dog that’s running away very quickly. A warm, overcast day provides the very best conditions for fishing; if you can go then, your chances are excellent. 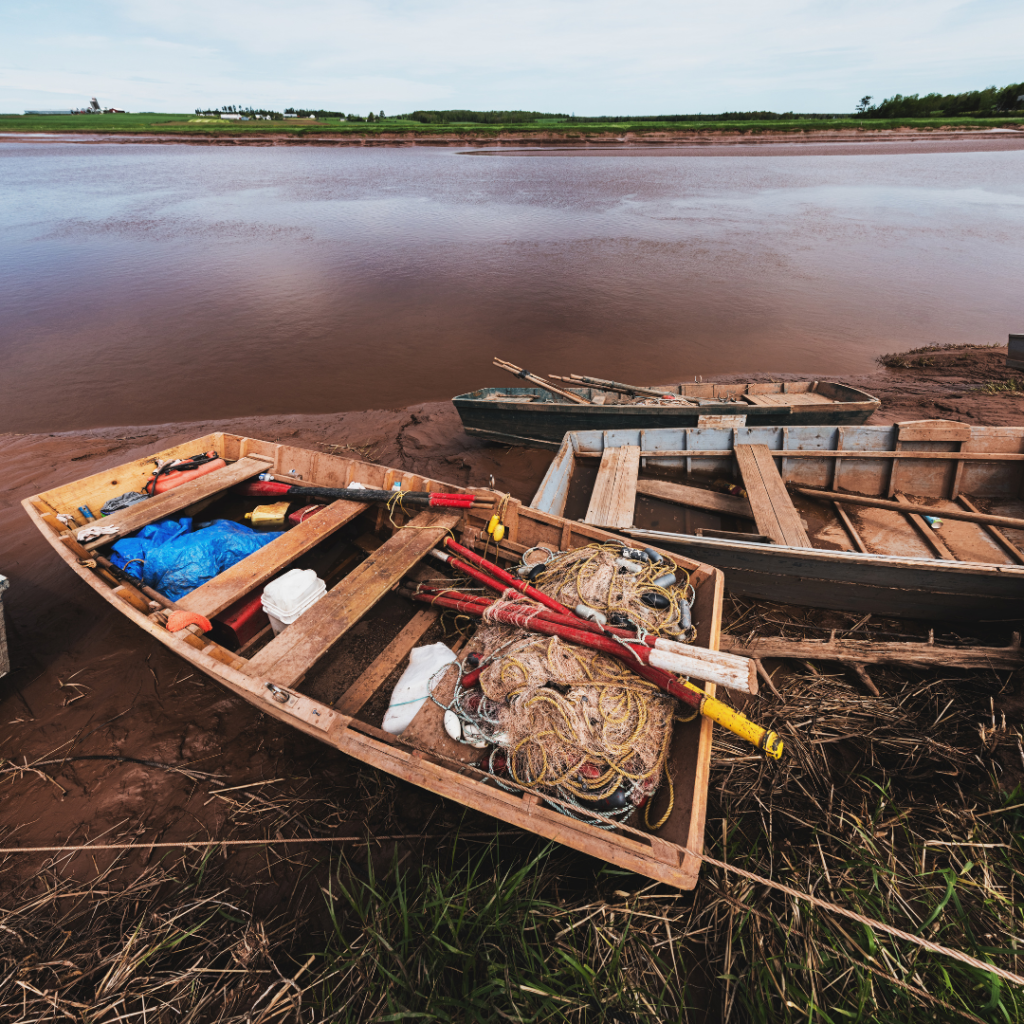 In the main, you’ll have a choice between still and running water. Running water is always more difficult to fish because it moves. This may sound obvious, but you will find it harder to cope with everything associated with running water. Drop your float or ledger into the river in front of you and in moments it’ll rocket off downstream before swinging round under your own bank, where it will either get snagged or rise up in the water and hang there, flapping next to the bank. Riverbanks are often steep and treacherous swims to fish (like other anglers, you can call any place to fish a ‘swim’). Catch Carp And Coarse.  Often harder to access, there’s less room for you and your gear so it’s more awkward to tackle up, control the tackle, hit a bite, land the fish and so on.

Instead, you’d be strongly advised to try your luck on a still water where everything will be much more relaxed. Preferably it will be one that’s well-stocked (sometimes called a commercial fishery) that offers plenty of features – for example, bays and inlets, islands, gravel banks, lily pads and reed beds…that kind of thing. Such features attract fish because they often trap food or make a good natural home for insects and larvae, and they also make the long hours of inactivity more bearable because they’re nice to look at. Still waters are usually closer to the car park, and their swims are more capacious (and thus more suited to the frame of the modern angler) and more comfortable with fewer natural obstructions. Still-water angling is more popular than river angling and therefore better resourced; it’s not unusual, for example, for a popular commercial fishery to have a roadside-style café serving all-day gut-busting breakfasts, or a tackle shop where terminally disorganised anglers can pick up some bait.

Which Bait (for Carp And Coarse)?

Some coarse fish are more partial to certain baits than others, so this often depends on what you’re hoping to catch. Perch, for example, like red worms; tench like sweetcorn; carp prefer highly flavoured baits called boilies; most fish like bread; and all fish like maggots. For you to have the best chance of catching anything first time out and cementing your angling credentials, logic suggests that you choose maggots as bait. Buy these from a tackle shop either on the day or night before. Catch Carp And Coarse. A pint will do for a day’s fishing – less for a morning or evening session. Make sure that the tackle dealer puts plenty of maize in with them to stop them sweating – a bit of useful bluffing knowledge. Keep them in a shop-bought plastic bait box which has a snap-on lid with air holes in it. Leave the box outside overnight or – if you live alone – in the fridge. Maggots kept cold in a fridge will last three or four days easily; otherwise they’ll start to go sweaty and begin to smell (or stink, actually) within a day or so, before turning into casters or pupae. Casters are an even better bait than maggots but you will be disappointed to learn that they’re even less pleasant to stick on a hook, thanks to their easily popped skins and gooey yellow insides.

Which Rod And Reel?

Given that there are so many to choose from, you’re advised to buy an Avon/Quiver rod to start, since this will suit nearly every occasion and sidestep the need to be more specific when choosing which rod best suits whatever you’re trying to catch. Avoid using a pole at all costs unless you practise assiduously with it first. Although capable of presenting a bait perfectly under a tiny float balanced like a ballerina on glass, in the hands of a novice, poles are instantly transformed into something hideously unwieldy – like watching a drunk in full armour trying to thread a needle with a 15-metre lance.

On arrival, take a tour round the lake and look at the various ‘pitches’ (another term for swims), stopping to talk with anglers if any of the following apply:

Having done a recce round the lake and noted who seems to be catching fish and how, return and collect your tackle. You now have several choices. First, move in next to someone (in the next swim – not literally next to them) and fish there. Second, find a spot that looks like theirs and fish there. Third, find someone who’s fishing in a way you think you can emulate, fish next to them and copy what they do. Or any combination of these. It’s not elegant, but it works.

The Catch Carp And Coarse bit

There are plenty of how-to guides available on newsstands (angling magazines breed like worms in a wormery) or at your local library, so the details of tackling up need not concern bluffers here. Thus there remain only three simple mistakes to avoid if you’re not to be immediately outed.

First, don’t place your rod on the rod rest as if you’re leaning it against a wall; rods should be as close to horizontal as possible, which may mean driving a long rod rest into the bank at an angle, pointing towards the water. Many experienced anglers use two rod rests and lay the rod on them like a spit on a barbecue.

Second, always position the reel towards the front of the rod butt. Some rods have a threaded reel seat which makes the decision for you, but others have two sliding rings which you can place anywhere along the length of the rod butt. First-timers are often tempted to position the rings – and thus the reel – in the middle. Don’t.

Third, always hold the rod with two fingers wrapped round the butt in front of the reel and two fingers behind it. Catch Carp And Coarse. Never hold the rod with your hand positioned behind the reel, as this will give the game away. It’s the famous dead giveaway which outed the bare-chested Vladimir Putin as a non-angling poseur.

That’s it. You’re now ready to catch your first fish.