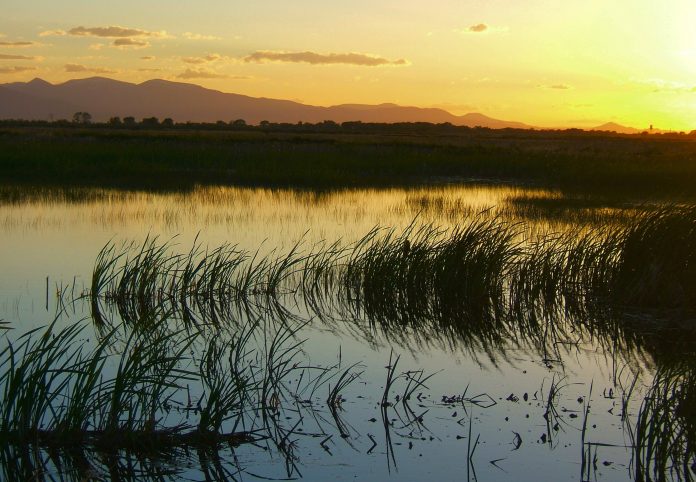 Loop Line Fishing is a major fishing method in Nepal that dates back about two centuries. It is distinguished from snaring done elsewhere in that it does not depend on the fisherman to visually place the loop around the fish.

The entire loop-lining kit includes a rod made of local reed, a rectangular piece of wood for a spool, wire rings to join the main nylon wire to noose lines, and a sinker. The loops are made with a bamboo bar above them to regulate the size of the opening.

The loops traditionally were made from horsehair, but they were fragile and often failed to hold fish. In the early nineteenth century, thistle plant fibers were used, but today colored nylon thread is favored.

To fish a loop line, the rig is thrown into the water by swinging the rod in a gently cast and letting the loops settle about three feet down in the water column. The single or multiple loops may be fished naked or adorned with colored material or bait as an attractant.

Bait may consist of pounded wheat flour or chunks of yum, cucumber, gourd or pumpkin. Midwater schooling fish investigate the rig, with one member eventually poking its snout and then its body through. Through these motions and the force of the fish’s pectoral fins, the noose slides tighter, embracing the torso of the fish.

As it struggles, its erect fins impede its escape. Sometimes the loop may instead wrap around the snout or one of the fins, nonetheless resulting in capture. Often a fish jumps to try to dislodge the loop while the fisherman pulls his catch toward the bank.

Hefty fish may be taken this way, weighing as much as twenty pounds, with even large ones usually breaking off.

Loop Line Fishing is especially suited to fast-moving rivers, because fish of ecosystems almost always are long-bodied, making snaring them far easier than if they were round in profile. But not all species respond similarly.

Bottom feeders do not enter the gear, nor do fish that have barbels, such as catfish. But many fish do, including the revered game fish mahseer.