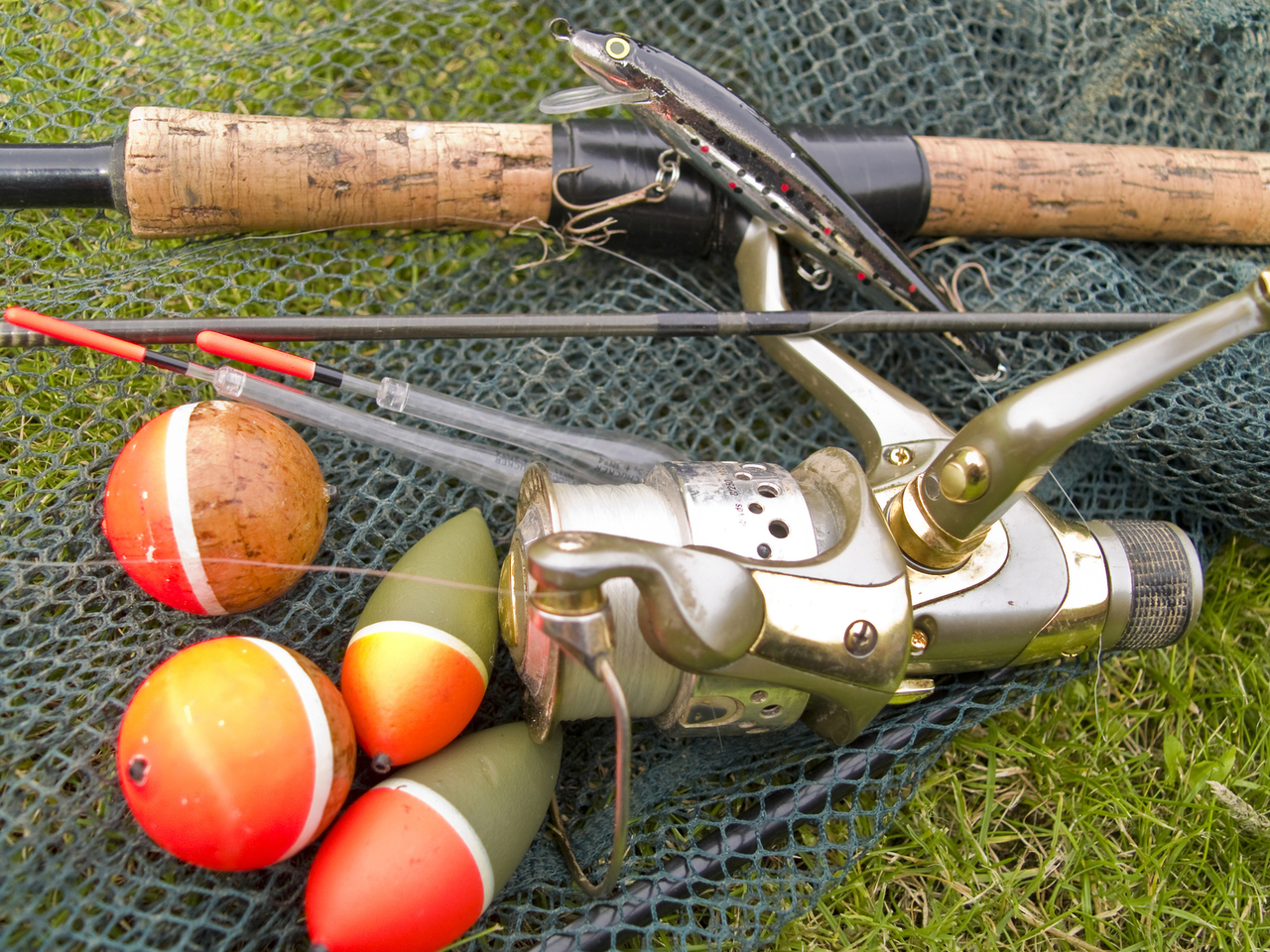 Top water lures are optimally designed to mimic the fish which predators eat naturally and since fish such as pike, bass, perch, chub and zander will take virtually anything at times, lures come in a bewildering array of colours, shapes and sizes.

They have great names too, like the Crazy Crawler and the Creek Chub Pike. There is plenty of fun to be had building a collection of lures to suit differing venues and conditions.

For most freshwater fishing you choose from a variety of plugs and spinners. Plugs wobble with an upright motion though the water, whereas spinners have a blade that rotates around an axis creating a spinning act on as the name suggests.

Most plugs are made from a single piece of painted wood, plastic or metal and can basically be divided into three categories – surface plugs (also known as poppers), floating divers and sinking divers. Plugs up to 3in (7.6cm) in length are ideal for catching perch and chub, but for pike fishing you can use plugs up to 12in (30.5cm) long.

Takes from pike in particular can be unforgettable as the predator surges from the deeper water to take the lure on the surface with a spectacular splash. Many plugs look nothing like any natural food that a predator would normally take, but the vibrations transmitted across the surface of the water as the plug is retrieved seem to trigger their natural aggression. The fish probably thinks it is taking a frog, water rat or vole that is swimming on the surface.

Famous surface plugs include the Heddon Crazy Crawler, the Jitter Bug and the Heddon Zara Mouse.

Known as crank baits in America, these are the most versatile of all artificial lures as they can be fished along the surface on a slow retrieve or made to dive beneath the surface by retrieving the line much faster (called ‘cranking‘).

They have a vane at the front and this determines the plug’s action. Those with a large, low-angled vane will dive deeply when cranked in, whereas those with smaller, sharply-angled vanes work at a much shallower depth.

Good floating divers to have in your collection include the Shakespeare Big S, the Rapala Shad Rap, the Abu Hi-lo, the Booker Tail Crankbait and the Rapala Fat Rap Deep Runner.

These are large single and jointed lures designed to catch big predators. Much of the action is imparted through the skill of the angler who must use powerful tackle to cast these heavy lures and get them working. They are available in floating, sinking or shallow diving forms, but they are not lures for the beginner.

These sink when cast into the water and allow you to explore different depths using the same lure, depending on the point at which you start the retrieve and the speed at which you retrieve.

One of the classics is the Creek Chub Pike, the lure which captured the current British Pike record of 46lb 13oz (21.23kg). This pattern comes in single and jointed versions and can be either wobbled speedily just under the surface, or allowed to sink deeper and worked slowly along the bottom.

Spinners tempt fish through their combination of visual attraction and the vibrations that are transmitted into the water as a metal blade revolves around a fixed stem. The most famous spinners are made by Mepps, and in the smaller sizes (00 to 1) these are fabulous perch and chub lures. Similar spinners are made by Rublex, Landa and Abu.

These crazy-looking lures are designed to catch American bass, but they have also been found to be very successful in attracting pike. Their size and colour makes them highly visible and so a good choice if the water is slightly coloured up. They are usually fitted with a large single hook rather than a treble, and can easily be provided with a weed guard to make them useable on very snaggy venues.

In their simplest form these are just a shaped piece of metal with a hook at one end and a swivel at the other, but they catch plenty of fish. They wobble on the retrieve to represent an injured fish, reflecting flashes of sunlight as they move, making them superb for clear water venues on bright days. Top spoons include the Kuusamo Professor.