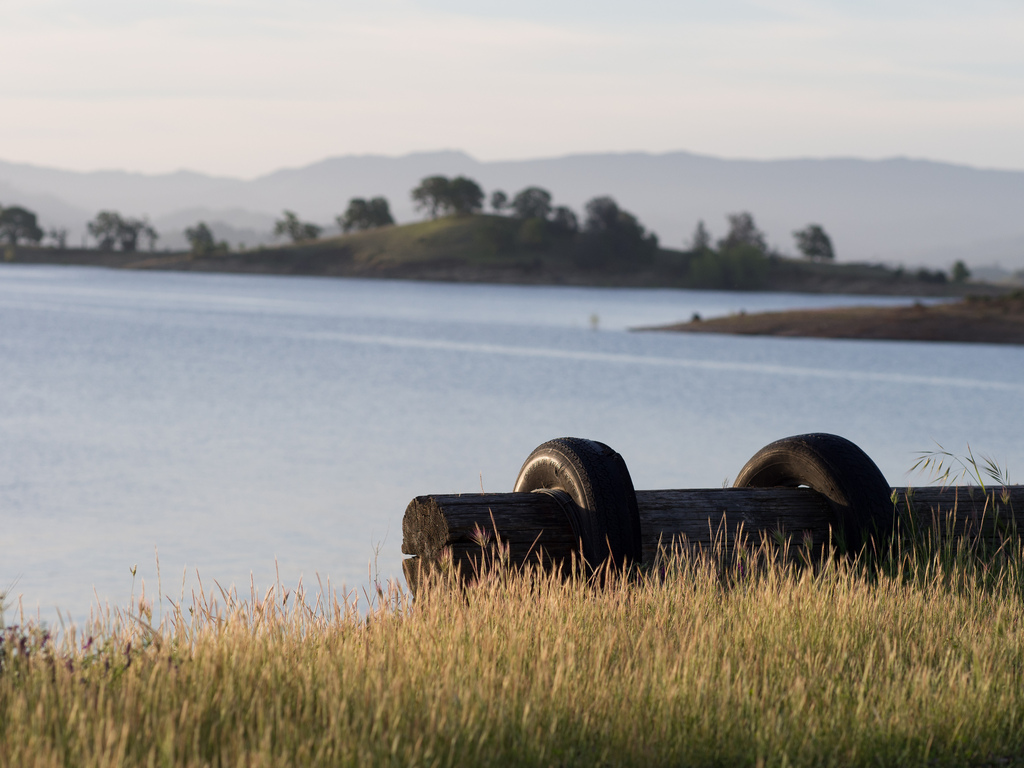 The Monticello Dam on Putah Creek which created Lake Berryessa was completed in 1957. Part of the recreational plan for this lake to was to create an outstanding largemouth fishery. But as things turned out, the bucketmouth fishing at Berryessa has not been as consistent year to year as the smallmouth fishing.

That’s not to say that largemouth fishing can’t be good – or even outstanding. For example, in April 1988, Delbert Adams caught a 17 pound 8 ounce largemouth while shore fishing a plastic worm at Oak Shore Park. This is the largest black bass ever caught in Northern California.

Largemouths follow their littler cousins on up to the spawning beds in about early May. Plastic worms and crankbaits are major takers. Next comes Alabama spotted bass action in late May and June. Wragg Cove and Skiers Cove are the best for “spots.”

Crappie fishing is at the peak at Berryessa in May and June. Some anglers find schools of these 1 to 2 pounders by trolling live minnows. Then they switch to yellow, or white and red crappie jigs to work the school. Some good spots include Putah Creek, around the islands, Portuguese Cove, Steel Canyon, Skiers Cove, and Pope Creek. Crappies may be in open water or near brush. Panfish action continues with a good bluegill bite in June and July. Successful anglers work the rock piles in the coves, around submerged trees and docks, and in the brush at the back of the coves.

Because of the depth of Berryessa and the resulting cold water, trout is the king of all the Berryessa fisheries. And with the advent of downrigger deep trolling technology, trout are taken all year at Berryessa. Trout are down deep in the summer and early fall months. 30 to 40 feet is often a good depth. The Kastmaster is the most popular trolling lure. Other spoons and spinners also produce. Once the lake turns over and cooler water returns to the surface, the trout action moves up top. Surface trolling, bait under a bobber, and casting all work then. Many trout are caught from shore during this period from about November through spring.

Speaking of shore fishing, there are good spots all along the west and north shores. Bank anglers take trout, bass, catfish and panfish, depending on the season. Good spots are scattered along the west shore from Capell Cove on up to Pope Creek. The Putah Creek area and on over to Eticura Creek is also good. The entire east side of Berryessa is off limits to shore anglers.