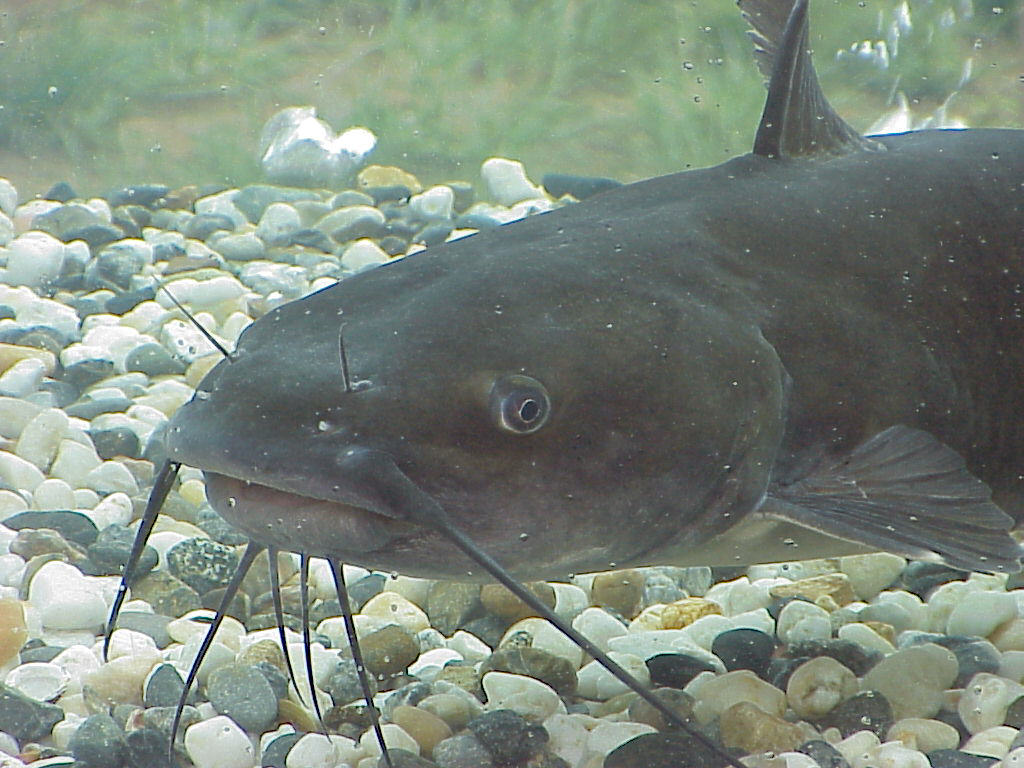 Catfish are widespread and abundant in Northern California lakes, rivers, sloughs, canals and farm ponds. Despite their unappetizing appearance ans somewhat negative image, catfish are very good eating. (Catfish are not as difficult to clean as one might suspect, either.)

The delicious meals provided by catfish are attested to by the existence of hundreds of catfish farms, primarily in the Southeastern U.S. where these fish are raised and sold to restaurants and food stores. They get large too. California state records for blue and channel catfish are in the 50-60 pound range.

Catfishing means still fishing. And catfish means warm weather fishing since these critters like warm water and are most active when lakes, ponds and rivers warm up in the late spring, summer and early fall. Boats are not needed for catfishing.

Simply find a spot on shore where you have enough room to cast out your weighted rig. Let it sink to the bottom. Snug up the line. And wait for the prowling whiskerfish to find your offering. A bank, dock or pier where you can sit on a comfortable chair makes things perfect.

The best catfishing and the largest catfish (they can weigh 5, 10, 20 pounds or more) are often caught after dark. From dark to midnight and the several hours before sunup are particularly good. But many catfish, including big ones, are caught on lazy summer afternoons.

Bring several baits along. If one doesn’t produce, try something else. Often, this single maneuver can make all the difference.

Any rod and reel combination that can cast out a rig with a 1/2-6 oz. sinker will do just fine. These include specialized bass fishing tackle, light to medium spinning equipment and surf casting equipment.

In some situations, you’ll probably be better off with a longer rod (7-8 feet), so longer casts are possible. Use monofilament line, at least 10 pound test. But heavier line such as 15-20 pound test is no problem.

Catfish will eat almost anything, and they feed by both sight and smell. Their smell sensors are on their whiskers. In fact, some catfish bait are often referred to as stink baits because, at times, it seems that catfish prefer smelly offerings such as beef liver, coagulated blood, chicken entrails, etc.

In Northern California some of the most successful baits are less repulsive. These include fresh clams (keep them on ice, pry them open with a knife, thread hook through hard outer edges), nightcrawlers, anchovies, red worms, sardine chunks and chicken livers.

A popular alternative to the conventional catfish rig is the sliding sinker rig. (for a specific description, please see Striped Bass section). Some anglers use a treble hook which helps hold on the bait. Use enough weight to get the casting distance you want and to hold the rig on the bottom if there is a current. Some anglers prefer a dipsey sinker. It has a flat metal rim around the edge which makes it flutter up on a quick retrieve, so it’s less likely to get caught in rock crevices and roots.

Where to Fish for Catfish

Some of the best spots are in the lakes and reservoirs. The Delta and Sacramento Valley rivers are also very good. (Please see the Fresh Water Fishing, Delta Fishing and Central Valley River posts.)

The first step in catfish cleaning is skin removal. To skin a catfish, cut through the skin all around the fish just below the gill cover. Then using a pliers, pull the skin down the fish while holding the fish’s gills. Be careful not to be poked by the sharp pectoral and dorsal fin spines.

Some people nip these off with wire cutters. For larger fish it is suggested that the fish be nailed (through the head) to a tree trunk or fence post using an adequately sized spike. The skinned catfish can then be filleted or steaked. (Please see Fish Cleaning Section for more details). Catfish skin is flaky, mild and has a moist texture. It is good sauteed, fried or poached.