There is an awesome amount of literature regarding the proper way to present an artificial fly. Let’s start with the “basics” of fishing the dry fly with effective dry fly tactics or at least an insight on how it works. It is with this style of fly that most weekend anglers will get their first “taste” of trouting with a fly rod. 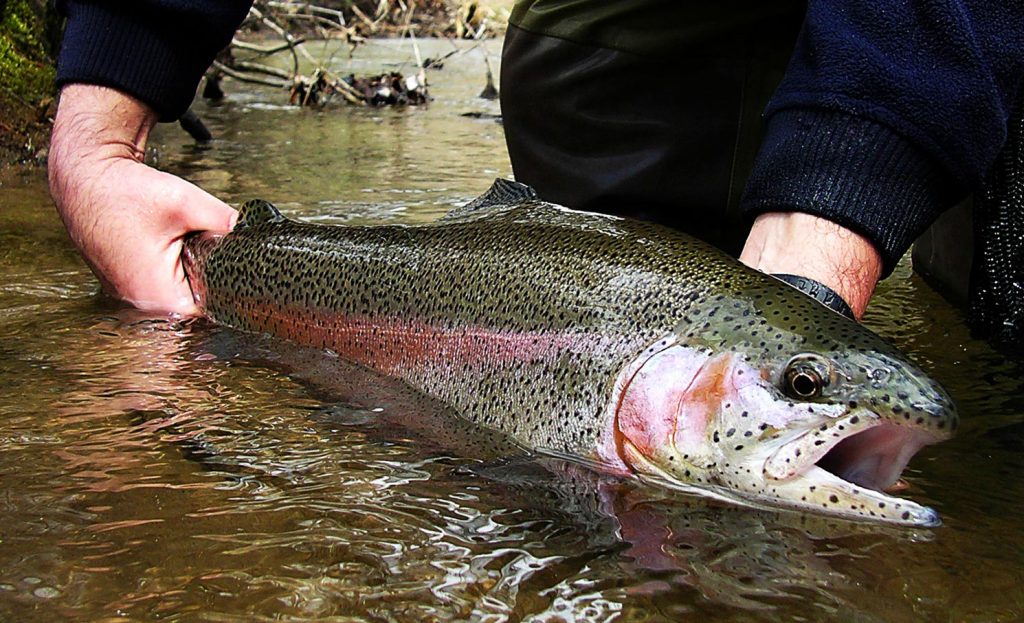 Under most conditions, the object to fishing a dry fly is to present it with minimal drag. It is the weight of the line that drags the little fly unnaturally in the current while working a stream.

Because the line weighs so much, it can drag the fly under the surface of the water and give the fly an unnatural appearance. Trout will not strike unless the fly looks natural, i.e., without any drag. There are a variety of tactics even the novice can employ to minimize drag so the dry fly floats very naturally. To begin with:

Traditional fly fishing lore has recommended using an upstream cast for proper dry fly presentation. This casting technique allows for the most natural drift. Trout always face into the current or upstream, so when the upstream cast is used the angler will be hidden behind the fish.

This can be an especially important ploy in gin clear water with spooky fish. The upstream cast also provides maximum hook setting capabilities. When the fisherman sets up on the trout with this presentation, he actually pulls the hook back into the fish’s mouth.

Also, by working a dry fly upstream, a hooked trout that wants to put on some aerial fireworks can be quickly lead downstream out of the area. In this way other trout rising to the hatch nearby won’t be scared off by the hooked fish.

More current theory however, now considers certain applications for a downstream cast when working a dry fly. This type of presentation works well in swift or convergent currents. You may also have to use it when confronted by headwinds, making an upstream cast difficult to execute. With the downstream approach, you will have less “belly” in the fly line which makes it more manageable.

Trout seem to “suck in” the dry fly when it is floating naturally, starting upstream and then drifting down with the current. If possible, try to actually create a little slack by stripping out line if you are shooting the line in a downstream cast. This will let the fly drift more naturally and give the trout a better chance to suck in the bait rather than just getting a mouthful of water. 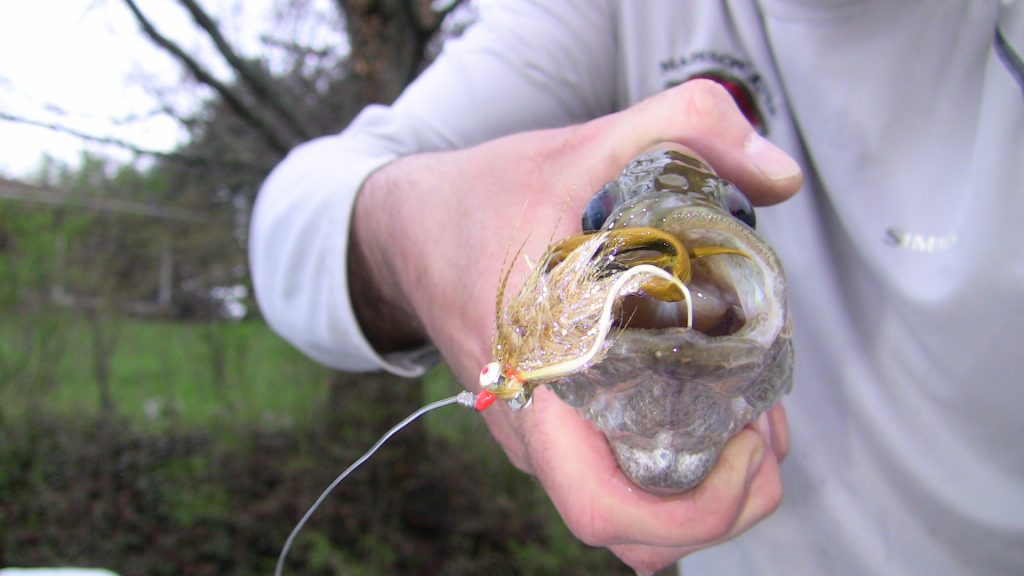 Another little trick is to use a fluffier dry fly with more prominent hackle material. After making the downstream cast try to “skate” the bulkier dry fly across the surface, while stripping in line at the same time. This tactic can often result in explosive strikes as the trout senses that the errant bug is escaping.

The main problem with the downstream casting approach is that it may spook the trout. The total number of casts an angler can make to one spot in the stream is limited. A dry fly that gently floats by on an upstream cast can often be presented a number of times without necessarily spooking the fish.

However, with the downstream cast there is always the chance that when you pull the fly line back towards you, it will slap against the water and really scare the trout — or worse, shut down an entire area. So, precision and careful thought is necessary with this technique.

Dry fly fishing is very “visual” in contrast to other fly presentations. You must learn to set the hook on sight and feel. Don’t snap the rod back too dramatically. Just a short, gentle, quick snap is all that is needed once the fish inhales the fly. Also, it almost always is best to cast slightly past the rise and have the fly float more naturally into the fish.

The Tippet leader must actually sink with this type of fishing although the fly and the line both float. You can rub saliva or even mud along the tippet portion to make it sink. Similarly, use any of the silicone prays dry fly “dope”, or muslin preparations on the little fly to make it float. As a general rule, use a light-colored dry fly in dim light, switching to a dark-colored pattern when facing a low-setting sun.

The Catch Carp And Coarse