The fertility of a stream or river (river fertility) — or its lack — is important to the angler too, not only because it has a direct (and predictable) effect on the species and sizes of the fish that live in it and the varieties and quantities of the creatures they live on, but also because it influences the behaviour of the trout and the ways in which they feed. At opposite ends of the scale, in a chalk stream or in a fertile spate river such as the Eden, luxuriant weed beds may be found across the whole width of the river.

The trout take up lies amongst them and in the gaps between them, which means that they may be found almost anywhere. And, with a mass of food to choose from, they can afford to be selective and often are. In contrast, infertile streams, like the headwaters of most spate rivers and major rivers such as the Teign in Devonshire and the Swale in Yorkshire, are sparse in weed. 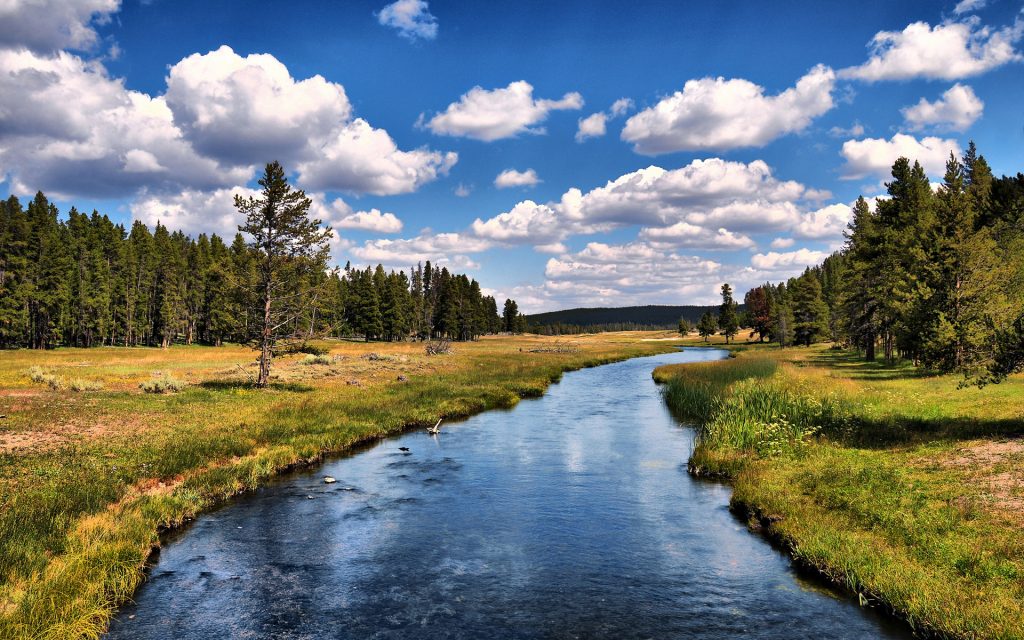 The trout that live in them take up lies wherever they can find refuge from the current, shade in summer and protection from predators — ahead of and behind rocks and boulders, by groynes and fallen branches, under overhanging trees and bushes and in the slack water beneath steep, cut-away banks. And, with food in short supply, they are very often free-rising and relatively unselective.

And so we come to the fish themselves. Those that inhabit British rivers and may be taken on artificial flies are brown trout, sea trout, grayling, chub, dace, and rainbow trout. All but the rainbow, an import from the United States and now reared in almost all trout farms here, are indigenous.

In heavily fished rivers, wild brown trout have to share the water with farm reared ones, but the grayling, chub and dace are all wild (although grayling have only relatively recently been introduced into some rivers — the Eden is an example).

All of these fish have certain characteristics in common, especially in terms of feeding, eyesight and their senses of hearing, smell and taste.