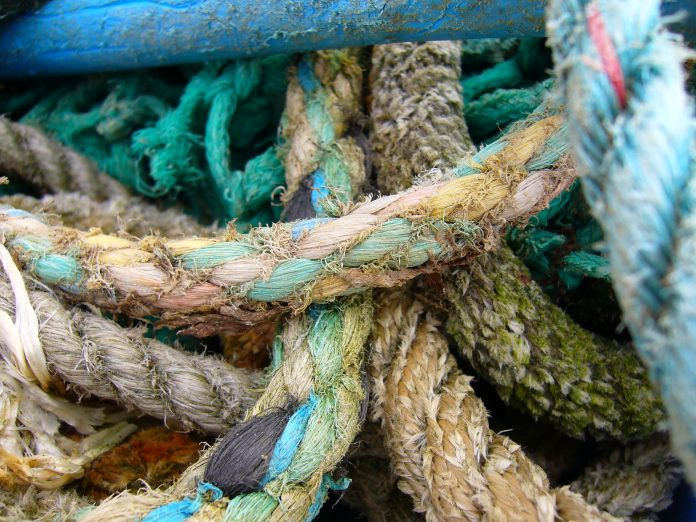 The opening date of the trout season varies quite widely throughout the British Isles, generally being earlier in the west (mid-February in Ireland, early to mid-March in Wales and the West Country) than in the east, where the river flyfisher has to wait until mid-April or even early May before he is allowed to cast a line.

This disparity is caused partly by the west’s rather milder winters and partly, perhaps, by the innate abilities of wild trout to regain condition after spawning, less commonly demonstrated by piscine populations often supplemented (and therefore ‘confused’) by stocking. Whatever the reasons, some of the best flyfishing season in England of the year is to be had in March and April on spate rivers in Wales, the West Country and the north of England.

At this time of year, the successful flyfisher will be he who is prepared to cancel lunch. The two main fly species of interest to trout — and therefore to anglers — in March and April are the march brown (on larger spate rivers, chiefly in the north and west) and the ubiquitous large dark olive.

Both appear, often in spectacular numbers, from about 11.30 in the morning until about 2 or 2.30 in the afternoon, but are almost completely absent at other times.

The march brown nymph shows a marked preference for well oxygenated water and hatches are usually quite localized, being confined to fast turbulent stretches of river and the areas immediately downstream of them.

The large dark olive is less demanding and hatches can occur almost anywhere, lint, early in the season, and especially on the chalk streams, it seems to be very temperature-dependent. In very cold weather, a slight softening of the air can trigger a hatch, as can a chill breeze springing up during a warm, muggy period.

Under such conditions, hatches can be quite brief, lasting for no more than perhaps twenty minutes or so, but they can provide excellent sport when they do occur.

Towards the end of April, flyfishers in Scotland, Ireland and the north of England reap the benefits bestowed by the earliest stoneflies. The first to appear is the (generically named) large dark stonefly, hatches of which continue into June.

Although some confess to having almost no personal experience of early-season stonefly fishing, there are those who say that the hatch itself, which occurs during the night, is of little interest to the trout and that it is the arrival of the egg-laying females on the water throughout the day and into the evening that arouses the fish.

In southern England, those favoured few whose rivers have grannom hatches will find the lost or late lunch phenomenon extending to the end of April. Unlike most sedges, this early season one is very much a middle-of-the-day creature, and so enthusiastically do the trout welcome her that it would be a foolish fisher indeed who would sooner be at home or in the pub than at the waterside when she appears.

On many streams and rivers, the last week in April and the first in May afford the only really good morning fishing of the year – provided by the hawthorn fly. Several fishing writers far more erudite than the rest have accused this terrestrial insect of being unreliable, both in its appearance and in its appeal to the fish.

Our own experience leads us to disagree entirely. The hawthorn, with its jet-black body and its gangling legs, has provided us with many marvellous mornings on rivers all over the country (as well as on numerous stillwaters). We suspect that most of those who regard it as unreliable do so because its season is so very short and because they arrive by the river late in the morning, when the fall is petering out.

The last few days in April and the first few in May are the only ones in the season during which we make a conscientious effort to be on the water by 9 or 9.30, armed with half a dozen or so hawthorn flies.