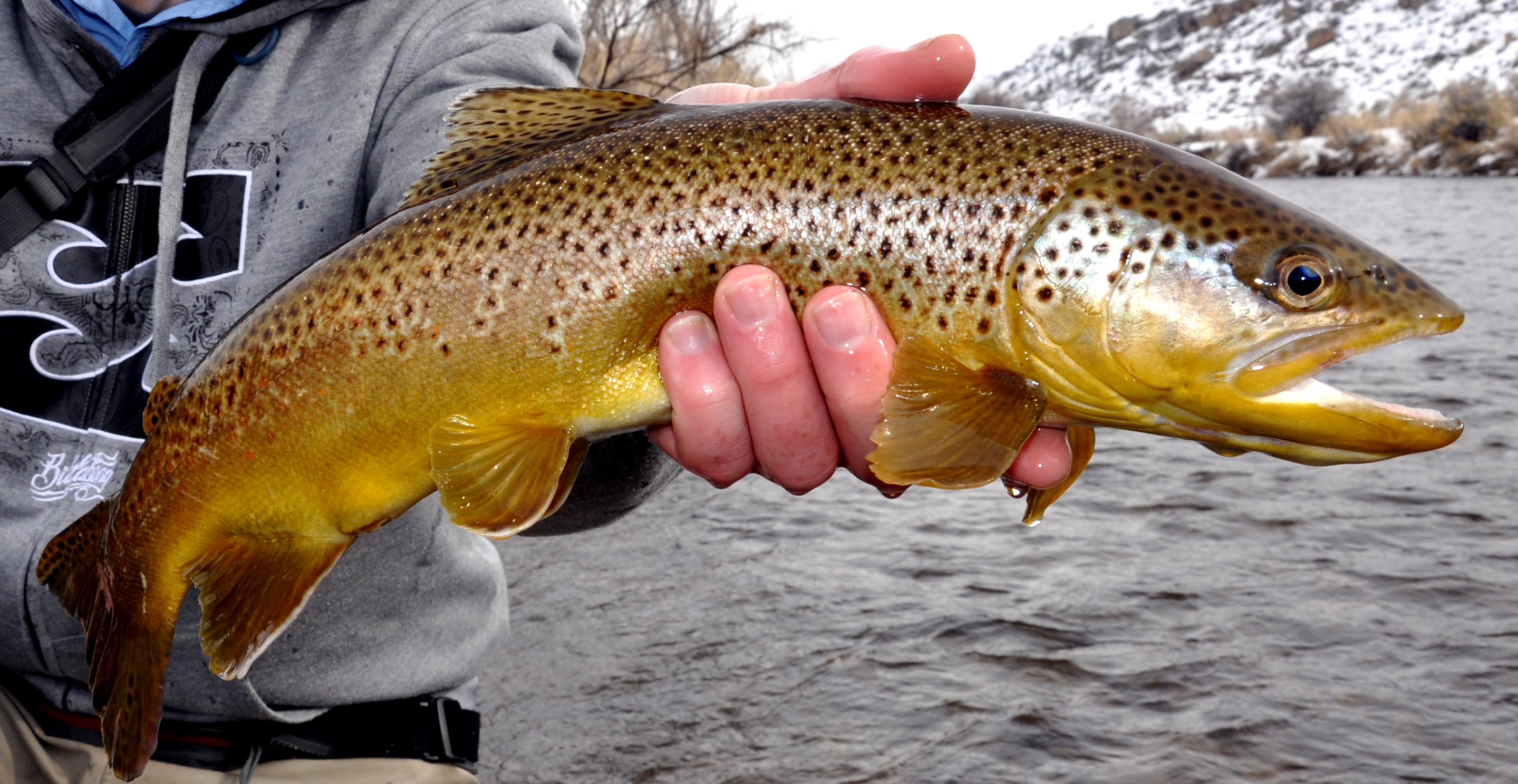 Nothing could be further from the truth. Trout are simply carnivorous predators, feeding on any living creature small enough, palatable enough and accessible enough for them to eat.

It is, of course, impossible to quantify the proportions of their food that trout take from the surface or beneath it; the figures vary widely from water to water. But it is quite certain that on most rivers, and especially on the most fertile ones, substantially more than 50 per cent — and quite possibly as much as 85 per cent — is taken from well below the surface.

The trout’s chief objective in life is to acquire enough protein to enable it to thrive and grow, and to do this with the least possible expenditure of effort. To this end, it will take nymphs and sedge and stonefly larvae from the stream or river bed, snails, nymphs and freshwater shrimps from amongst the weed, fry of all sorts from the marginal shallows and terrestrial insects — gnats, hawthorn flies, caterpillars, beetles, daddy-long-legs and moths — which fall or are blown onto the water from overhanging trees and bushes and from surrounding fields and hedgerows, just as cheerfully as they will take nymphs ascending to hatch and adult upwinged flies and sedges.

Temperature of the Water

The fishes’ feeding habits are chiefly dictated by the temperature of the water and by the availability of food. Brown trout will feed when the water temperature is between 8 ° and 15°C and do so most enthusiastically when it is between 10° and 13°C . (They can survive in water between about 0° and 20°C provided it is sufficiently well oxygenated, but become increasingly torpid as the temperature approaches either of these extremes.)

Early in the season, when the water is cold, the fish tend to stay close to the bottom and to feed, when they do so at all, on such food forms as may he available to them there. As both the water and the air warm up through April, May and early June, the trout will take advantage of the increasing variety of insects available to them, culminating on some rivers, especially in Ireland and in the south of England, with the mayfly hatch which runs fairly predictably from mid-May until the end of the second week in June.

Between July and August

Thereafter, fly hatches tend to fall off, and much of the trout’s food during the ‘dog days’ of July and August is found amongst the weed, chiefly in the form of nymphs and freshwater shrimps. On overcast days, when the air is still or when there is a light south-westerly breeze, there may be hatches of iron blue duns or pale wateries during the day, and the fish may rise to them. And falls of spinners or hatches of sedges just before dusk may produce spectacular but often frustrating evening rises. But the bulk of the trout’s feeding will be done below the surface.

It is not until September, when both the air and the water start to cool again, that hatches of upwinged flies will produce a flurry of surface feeding before the brown trout season closes at the end of the month or in October.

Some anglers regard what they call ‘cannibal trout’ with emotions ranging from contempt through awe to slight fear, apparently believing them to be almost a separate species from the brown trout they take on fly, or necessarily old and grizzly. In truth, though, all trout eat smaller fish than themselves from time to time, and a few become largely or exclusively piscivorous — usually because they have grown too big to be sustained by the insect and other invertebrate food forms available to them. Apart from this, these ‘cannibals’ are no different from any other brown trout.