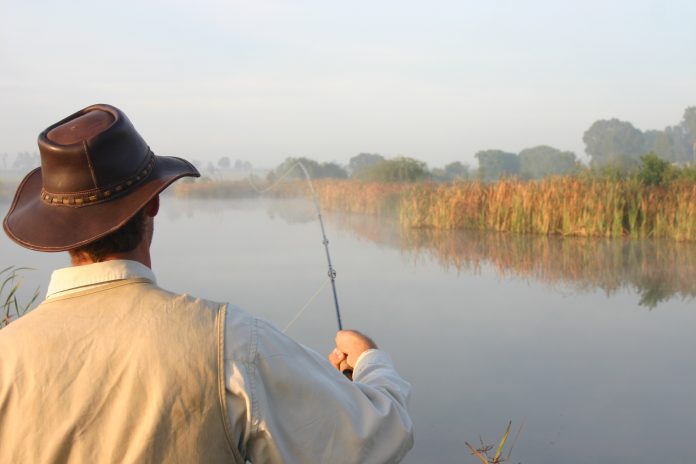 Not unnaturally, the most consistently successful flyfisher are those who ensure that they are on the water when the fish are feeding. This may seem very obvious, but it is extraordinary how many people forget or ignore it, allowing themselves to succumb to domestic pressure to do this or that in the morning, simply grabbing a couple of hours at the riverside in the afternoon, or allowing dinner at 7.30 or 8 to drag them away before the evening rise.

Of course, it is up to each of us to decide where our priorities lie and to come to amicable and mutually acceptable agreements with our families as to when we may have leave of absence. But we must not expect consistent success if the timing of our fishing is dictated by human convenience rather than by the habits of our quarry.

And it is not only concern for others and personal convenience that can cause the stream or river flyfisher to sally forth at unproductive times. Those who come to running water from lakes and reservoirs often instinctively apply the timings they are used to on stillwaters to their new surroundings, but the two are, in fact, significantly different.

Through most of the season — certainly from May to September — Stillwater trout tend to feed early and late, a graph of their activity rising steadily for the last couple of hours after dawn, filling away through the rest of the morning, to a flat period in the afternoon and then (one hopes) rising steeply again during the last hour or so before darkness.

Apart from the variations caused by major changes in the weather, this pattern is fairly consistent. Only at the beginning and end of the season may the fish be expected to feed, usually in quite short bursts of activity, throughout the day. As a consequence, keen Stillwater flyfishers tend to be early risers, heading for the water at sun-up.

But when they come to streams and rivers, they must learn to curb their impatience. Trout — and, indeed, grayling in running water are more civilized creatures than their counterparts in lakes and reservoirs, rising late and rarely showing much interest in flies, natural or artificial, before mid-morning.

In fact, the behaviour patterns of trout in running water vary rather more throughout the season than do those of trout in stillwaters, and it is worth going through the season stage by stage to consider the changes in the fishes’ movements and the factors that cause them.

It should be emphasized, though, that these observations are somewhat general and that extremes of weather can alter the patterns or even postpone them for as much as two or three weeks.

Side Cast Fly Fishing for Beginners