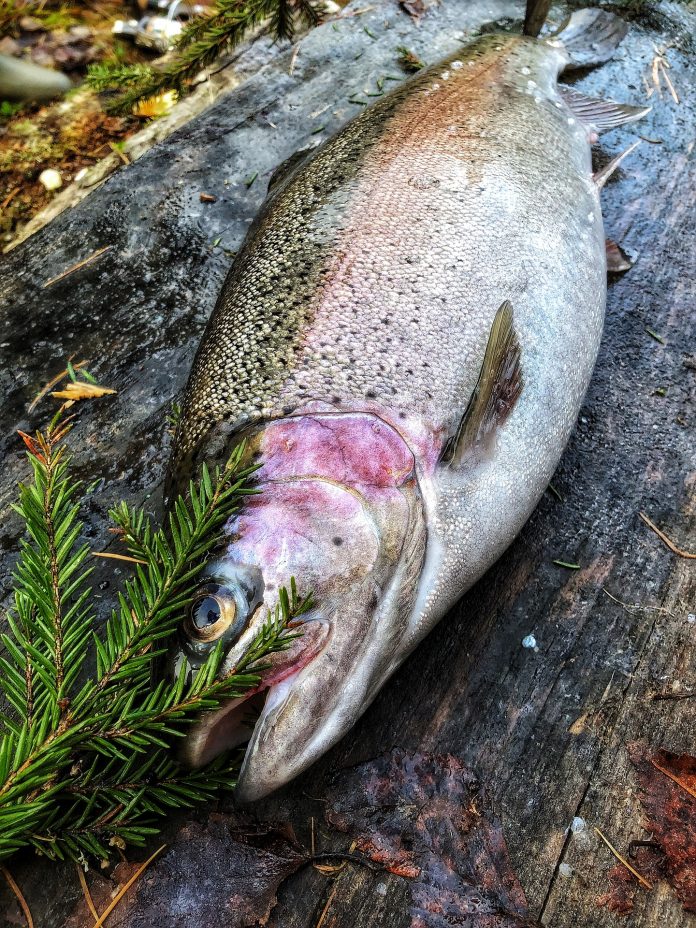 Rainbow trout (Salmo gairdneri) were first imported into Britain from their homes on the western seaboard of the United States during the 1880s. Since then, they have been increasingly widely farmed here, both for the table-fish market and for restocking purposes, and they have found their ways into a very substantial number of Britain’s rivers, both by being stocked into them and by escaping from trout farms.

Although rainbow trout can, and do, breed successfully in far more of our rivers than is generally acknowledged, they are able to generate self sustaining populations in only very few. It is one thing for rainbows to deposit ova in the reeds and for some of the ova to hatch; it is quite another for the juvenile fish to survive and reach maturity in substantial numbers and, themselves, to breed successfully. 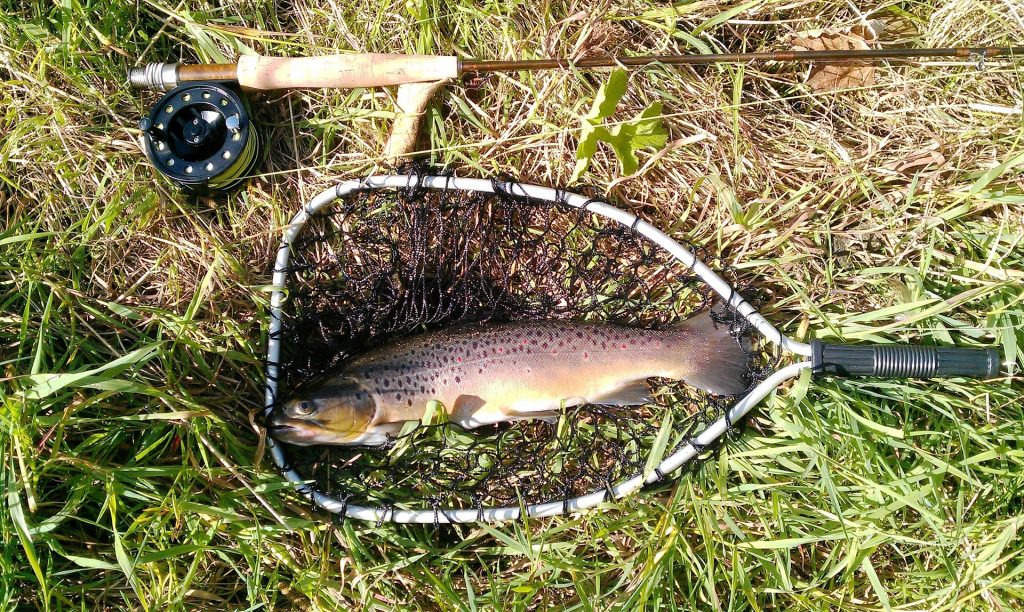 Fast-growing, disease-resistant, tolerant of being crowded together in stewponds and with a markedly higher temperature tolerance range than the brown’s, rainbow trout are ideal farm fish and can provide excellent sport in lakes and reservoirs as they are preferred rainbow trout habitat. However, like many others, we have grave doubts as to whether they should ever be stocked into streams or rivers as are known facts about rivers.

They are voracious feeders (which accounts for their rapid growth) and are inclined to shoal, especially when immature. They therefore compete very heavily with brown trout for food and will frequently harass the more sedate browns quite unmercifully.

Rainbow trout also tend to have a strong migratory urge, often heading off downstream almost as soon as they are put into the water. When they do settle down in an area, they seem to be listless, roaming much further in search of food than brown trout do.

Finally, our own experience suggests that rainbow rarely do as well in rivers as they might be expected to. We have no idea why this should be any more than we understand why they so rarely breed successfully in Britain but we have caught far more than just occasional sad, dull, lank and flaccid specimens from streams and rivers.

The only really bright, deep, fit ones we have found have been those that have taken up residence immediately downstream from stew-ponds where they have been able to feed on surplus pellets washed down to them on the current.