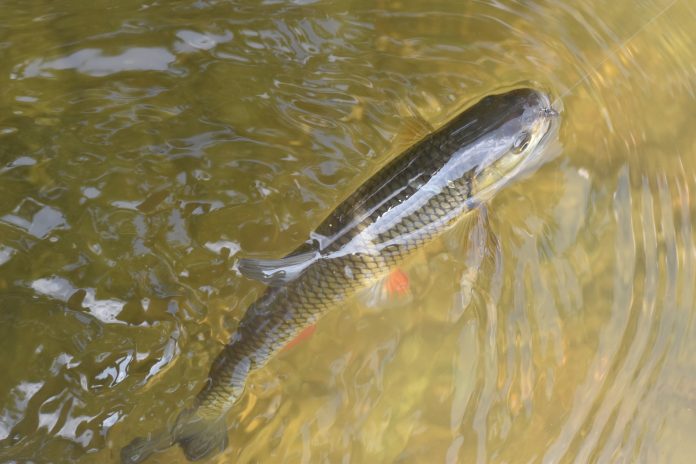 Neither chub nor dace fish are game fish in the accepted sense of that phrase but they are commonly encountered in trout waters. Both will take an artificial fly and can provide entertaining sport for fly fishers.

The two species are widely distributed throughout England — although they are rare in the Lake District and are absent from Cornwall altogether. They also they tend to inhabit the lower, slower-moving stretches- of trout rivers.

This is chiefly because they lay their eggs on fronds of weed, rather than in or on gravelly reeds as trout and grayling fish do. Weed is also more plentiful in sedate waters than it is in last flowing ones.

As adults, the two species behave significantly differently too. Chub fish tend to lurk beneath trees and overhanging bushes in small shoals of no more than a dozen or so. They are also intensely shy, sinking quietly to the bottom at the first sign of danger.

Dace fish are far more open and gregarious, often lying in midstream in large shoals. They seem to be markedly less easily frightened.

Chub and Dace Fish for Fly-fishing

It is easy to dismiss chub and dace fish as vermin simply because they are inedible. But they are part of the fly fisher’s heritage and are deserving of respect for the sport they may provide on hot and otherwise fish less afternoons.

For the service the dace can perform in honing the fly fisher’s reactions in September in preparation for the grayling fish season to come.