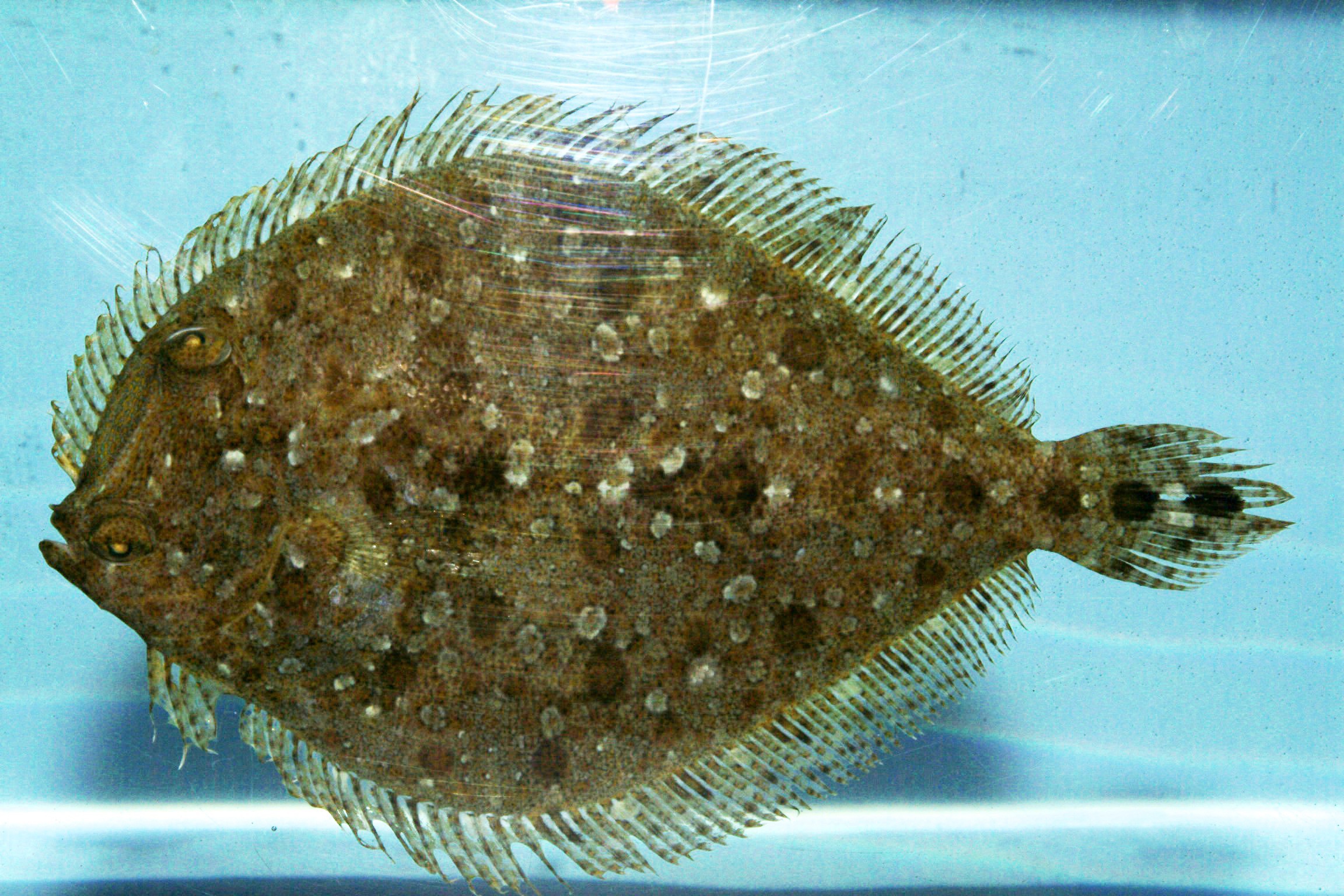 Flounder and sanddabs are two great saltwater species that don’t get the attention they deserve. Both of these junior-sized members of the flatfish family are lots of fun to catch, and rank among the best eating of all Northern California sport fish.

The flounder caught in Northern California, both commercially and by sport anglers, is the starry flounder. It is sometimes sold in fish markets as sole. The pan-sized sanddab, served in most of the finest fish restaurants, is not available at most fish markets.

How to Catch Flounder

Each winter thousands of starry flounder migrate from Pacific Ocean water (at a depth of as much as 900 feet) into bays, lagoons, and to some extent even into the fresh water of coastal runs, where they then spawn. Fishing is usually good from mid-December through March with a peak in February. 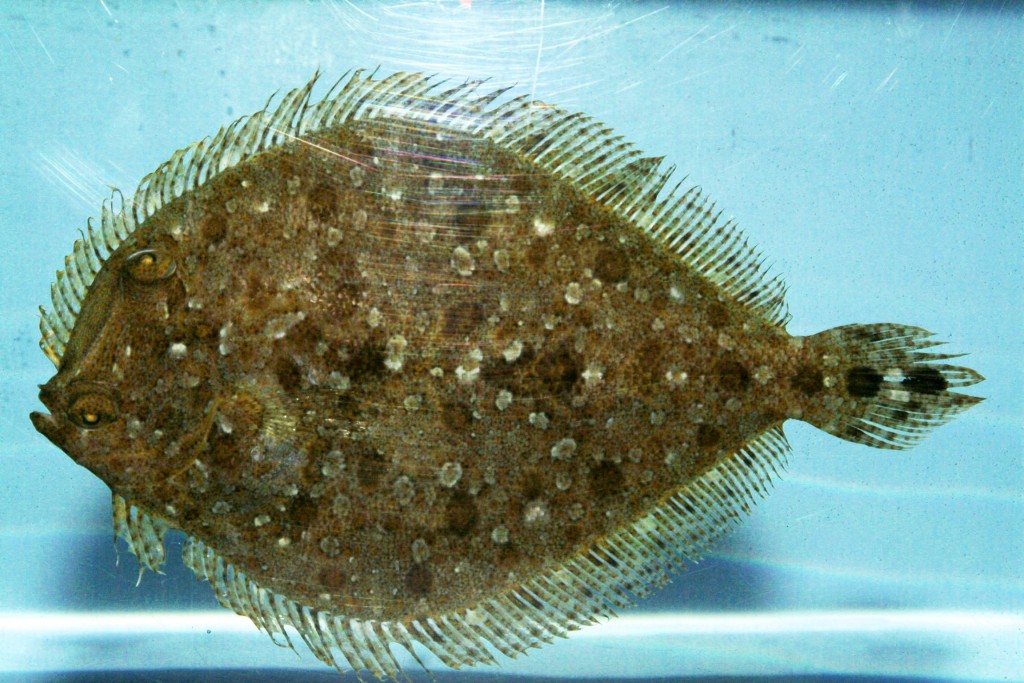 The average catch is 1 to 3 pounds and 12 to 18 inches in length. But 6 to 7 pounders about 2 feet long are caught. Starry flounder are dark brown on the top side, white on the bottom side, and have a very distinctive checkerboard orange and black alternating color pattern on both the upper and lower fin lines.

San Fransisco, Richardson, San Pablo, Grizzly, and Honker Bays are all good, as is Elkhorn Slough, at Moss Landing on Monterey Bay. Fish shallow water with sandy or mud bottoms. One key to success is to seek out areas around the bays where fresh water runs in. River inlets, sloughs, creeks or even storm drains are all likely spots. Here are some specifics:

Any freshwater or light saltwater tackle and line will do. Tie or snap on a surf rig. Two #6 baitholder hooks and a 1 to 2 ounce pyramid sinker are about right. Sliding sinker rigs also work. Top baits for starry flounder are pile worms, blood worms, mussel, grass shrimp, mud shrimp and ghost shrimp.

Bring along several different baits and experiment. Best fishing is before, during and after a substantial high tide (5 feet or so). Remember to keep your rig on the bottom – that’s where flatfish feed.

Some seasoned fish eaters consider sanddab the best tasting of all ocean fish – including salmon, halibut and albacore tuna. These little guys are commonly caught commercially, and served in many fine restaurants.

But not many sport anglers pursue them, perhaps because they’re small, only about 6 to 12 inches long. Although sanddab inhabit water that is from 30 to 1800 feet deep, they are most abundant at depths of 120 to 300 feet. As their name suggests, they live on sandy bottoms.

Some Monterey Bay rockfish anglers, who work the Monterey canyon drop-offs, will “stop off” at about 20 fathoms to catch a mess of sanddabs on their way back to the harbor, if time and weather permits.

Salmon trollers who are getting “skunked” also switch over to sanddabs at times.

Off the coast of Northern California if the depth is correct (120-250 feet) and the bottom suitable, it is extremely difficult to keep sanddabs off the hook. Rock cod rigs work. Surf rigs work.

Use cut pieces of squid, pile worms, grass shrimp or ghost shrimp for bait. In years when ocean waters are warmer than usual, sanddabs are also plentiful in San Fransisco Bay.

Starry flounder are usually large enough to fillet. Remember there are 4 fillets on flatfish. Use a sharp, flexible fillet knife.

Starry flounder have a delicate, but distinctive flavor and nice texture. You can use them in any sole recipe. Skinless fillets are suitable for sautéing, poaching or broiling (if on the longer side).

Sanddabs are very easy to clean. The shape of their body is such that you can remove their head and their intestinal cavity in one cut taken diagonally over the head and the top of the pectoral fin. No need to scale or skin them. Just rinse them in cold running water after cutting.

This fish is sweet, nut-like and moist. It’s great charcoal grilled or pan fried. Breaded dabs pan fry quickly in about 2 minutes per side. They can be easily de-boned at the table, just like pan-sized trout or sunfish. Insert a butter knife or fork (or two) beneath the upper fillet and lift it off.

The skeleton is now exposed on top of the bottom fillet. Just lift these bones off in one piece and you have a second de-boned fillet.