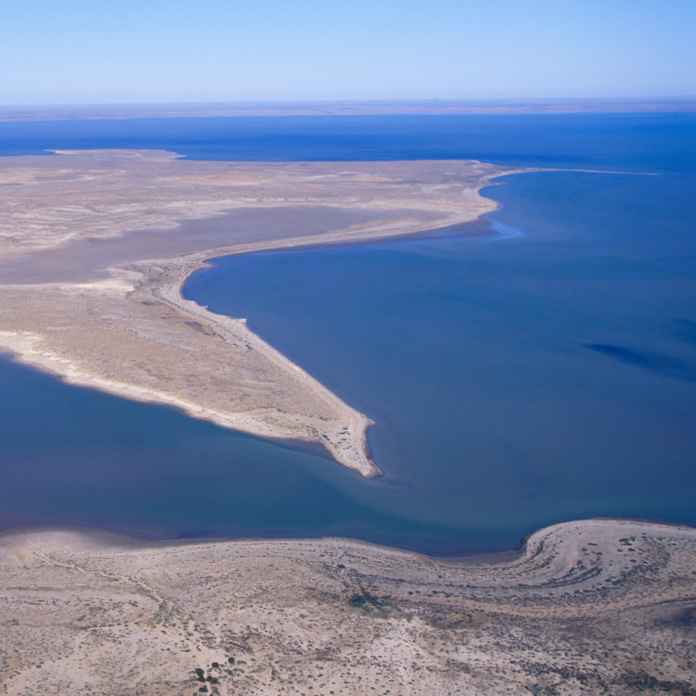 Most Australians have heard of the Murray–Darling Basin / Lake Eyre in Australia even if they have no idea what it actually is. A ‘basin’ in natural resource speak is not that different from a basin in kitchen or bathroom speak – it’s just an area that drains water. Australian basins are areas where run-off from rainfall converges into catchments like creeks and rivers and flows to a particular area, like the sea or a big inland lake.

Australian basins include the North-east Coast and South-east Coast, and they almost always occur across several states, which naturally complicates things because it gives rise to the concept of ‘ownership’ of the water. So a river or catchment in the South-east Coast, for example, is one that rises somewhere in the Great Dividing Range in either New South Wales or Victoria and then flows east before emptying into the Pacific Ocean.

Despite the fact that the majority of Australian catchments (and therefore basins) drain to the sea, vast tracts of the inland are similarly divided into drainage areas due to topography. Indeed, the largest drainage basin in Australia contains no big river channels at all and is known as the Western Plateau.

It covers huge areas of Western Australia, the Northern Territory and South Australia. One of the smallest Australian drainage basins also drains into the ‘desert’ (or more correctly ‘semi-arid inland’) rather than the sea, and is known as the Bulloo–Bancannia; it is elongated and straddles the Queensland–New South Wales border about a thousand kilometres or so west of Brisbane.

Lake Eyre in Australia lies between the Bulloo–Bancannia and the Western Plateau and covers about 1.2 million square kilometres. It occupies parts of Queensland, the Northern Territory, South Australia and a narrow north-western strip of New South Wales.

As its name suggests, the Lake Eyre Basin (LEB) drains not to the sea but to the vast and temporary Lake Eyre. The major catchments within the Lake Eyre Basin – the Cooper, Diamantina and Georgina – are unpredictable and fickle like the big lake itself, the difference being that permanent waterholes are found along their lengths.

Importantly, its muddy rivers and catchments behave roughly as they would have prior to the appearance of Anglo-Europeans, and this is because they haven’t been regulated. This situation contrasts sharply with the rivers in Australia’s most famous drainage basin, the Murray–Darling.

The Murray Darling Basin in Australia