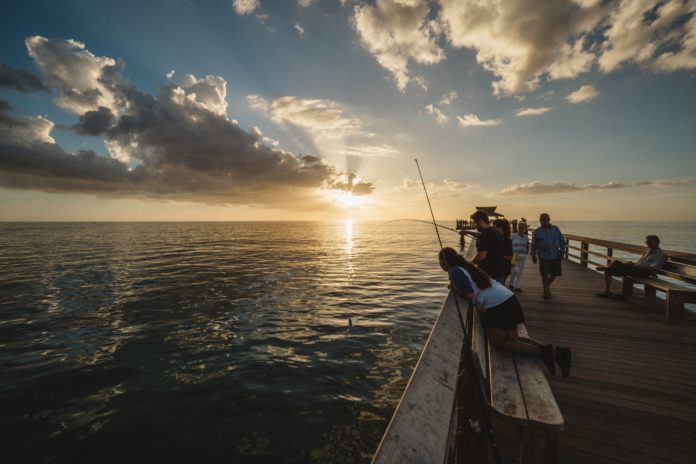 Today’s recreational saltwater anglers are experiencing a revolution in fishing technology that many never dreamed possible just a few years ago specially by the beginner fishermen. Looking back more than half a century, the introduction of spinning reels to America was a big event. So were monofilament line and fiberglass fishing rods. The next giant step forward was the graphite rod. Then, for a period of many years there was a modicum of progress.

Suddenly, however, fishing tackle technology might well be termed on a rampage, and the beneficiary is the saltwater angler. For hardly a day goes by that there isn’t something new that often makes existing gear obsolete and land big fish!

Anglers who enjoy fishing with spinning tackle and like to target their favorite species while using live bait were always handicapped. Their spinning reels lacked the capability of free spool–as was capable with a multiplying reel–and this inhibited their ability to present live baits to striped bass, tarpon, yellowtail, and other game fish.

Circle hooks have become increasingly popular among anglers who use live bait. As a fish takes the bait into its mouth, the Circle hook lodges in the corner of the jaw which enables it to be removed with ease, especially important when catch-and-release fishing.

New, state-of-the-art live-liner-type spinning reels enable an angler to live-bait fish with a firm, pre-set drag, and with a flip of a lever engage completely free spool, or a very light amount of pressure. This permits the baitfish to swim about freely, and once a game fish has taken the bait, the angler simply flips a lever, which engages the spool and the firmly set drag, and the hook is set.

1. Fishing Tech on Monofilament Line: There’s a line for every purpose

In its heyday, monofilament line didn’t vary much between manufacturers. Today’s lines are designed for specific uses (thanks to updates in our fishing technology) with some companies producing as many as eight variations, including casting, trolling, jigging, ultra-fine diameter, and abrasion resistance for fishing from jetties.

The introduction of Spectra filament braided lines has been a giant step forward, as the line has an extremely fine diameter. The fine diameter, coupled with practically no stretch, enables anglers who fish deep water for grouper, snapper, sea bass, codfish, and rockfish, to do so with lighter tackle. They’re also able to employ lighter sinker weights, maximizing the sporting qualities of catching these species.

However, as anglers came to appreciate its sterling qualities, fluorocarbon came into vogue as the line of choice. With the passage of time there have been four generations of fluorocarbon technology, resulting in an advanced fluorocarbon resin process that gives it a soft inner core and tough outer shell. It resists abrasion, has outstanding strength and flexibility, and has become the line of choice of many saltwater anglers.

There are also fluorocarbon/monofilament blends that bring the best qualities of both to a single line. Indeed, the days of just buying an ordinary line are a thing of the past.

Rod technology has also made tremendous strides thanks to fishing technology. Fiberglass has almost become a thing of the past. Graphite is the material of choice for its strength, responsiveness, and importantly, its weight is extraordinarily light. When casting from the surf for hours, the feather-light weight of the rod, and corresponding reduction in the weight of new reels, result in far less fatigue, and more enjoyment than with the tackle of an earlier era.

By far the greatest advances in rod design have been for the saltwater fly fisherman. Fly fishermen who fish the briny generally employ rods rated from No. 8 through No. 15, on which they challenge everything from bonefish to blue marlin (and Grayling Fish). Today’s superb rods, most made of graphite, have been painstakingly designed to enable the caster to deliver a streamer fly–often little more than a tuft of feathers and a hook–to a moving target that may be 75 feet or more distant.

Fly lines and the reels on which they are stored have been part of this revolution too. It’s safe to say that if your fly line is more than two years old, it’s obsolete. There are literally dozens of different weights and tapers of fly lines, from fast tapered floating lines to make a delicate presentation to a permit on the flats, to high-density, quick sinking lines that probe the depths for bluefish and white sea bass. Some manufacturers provide anglers with a selection of four fly line sections, ranging from floating to fast sink rate, that may be slipped onto the fly line with a simple loop, negating the necessity of carrying several reels or extra spools.

Under magnification, many brand new hooks were really dull. The test was to sharpen it until when scraped across your fingernail it would begin to penetrate. Hooks manufactured with that technology are still on the shelves of many tackle shops, although they quite properly should be discarded.

Today, when you place a hook under the magnifying glass the point is needle sharp, and hard, so it penetrates with ease. The hooks are laser sharpened, and chemically treated, resulting in an excellent quality hook that holds its point and strength, and resists rust in the hostile salt water environment. You actually dull today’s hooks if you attempt to sharpen them with a file!

In addition, there are many new hook designs, especially the ringed hook systems offered by some manufacturers. The free-swinging ring is ideal for live bait fishing, for it offers the baitfish more freedom to move about.

There are no tackle shops at sea, and anglers who fish on long-range party boats require dependable tackle. Any equipment in your tackle locker that’s over 5 years old may well need to be retired, for you’ll enhance your fishing enjoyment with the newest gear.

This selection of stand-up tackle and high-speed trolling lures just didn’t exist years ago. With the great improvement in tackle of this type, anglers are able to subdue tuna and marlin of several hundred pounds while fishing from the decks of party boats on all three coasts.

Surf anglers subject their tackle to the worst elements saltwater fishing has to offer. The new reels are impervious to salt water’s corrosive action when properly cared for. Each season sees a host of lures enter the market, offering usability and reliability to the serious surf fisherman.

The Circle style hook, while dating back centuries, found little application in the sport fishing community until recently. By virtue of its design, the Circle hook is seldom swallowed by a fish, but instead lodges in the corner of the fish’s jaw, where it may easily be removed. This is extremely important when seeking species that are regulated by states where there are size limits, or where an angler wishes to practice catch and release.

Circle hooks are even being used with excellent results while seeking billfish, tunas and dace fish on the offshore grounds with the advent of fishing technology. While with the “J” style hook the angler customarily hooks the fish by striking back with his rod, with Circle hooks the best success rates are achieved by hesitating and not reeling until the fish has turned and moved off with the bait.

For years anglers have used a small barrel swivel to join their leader to their line. While small, they were still bulky, and you couldn’t go to too small a swivel because they just didn’t have sufficient breaking strength. Suddenly, the Spro power barrel swivel came to market, and it’s only a third the size of a conventional barrel swivel of the same test. This results in a connection between line and leader that is barely noticeable.

The same is true with the variety of snaps and hardware used to attach lures, all of which are now available in small sizes with greatly improved strength and resistance to the onslaughts of a saltwater environment.

When it comes to lures in the arsenal of the saltwater angler, today’s selection is beyond comprehension all thanks to advances in our fishing technology.

Today’s plugs are designed for every application, from swimming enticingly on the surface, to probing the depths. They’re made of plastic for the most part, nearly indestructible, and their colors replicate in detail the baitfish they’re meant to imitate. Some have metal rattles built into their body, which aid in casting, but also emits fish-attracting sound. Most important of all, the split rings and through-wire hook hangers are made of stainless steel that is virtually impervious to corrosion. The same improvements observed earlier for “J” style and Circle hooks have also occurred with treble hooks. The hooking qualities of the triple grip style treble is awesome. One style still lacking is a quality treble without a barb, so as to facilitate quick release. On a triple grip style hook this would be a godsend, so go to it manufacturers, as every catch and release angler will replace barbed trebles with your offering!

Climbing around coastal rockpiles requires dependable equipment that can take a lot of abuse. Today’s anglers have the opportunity of using lightweight tackle of the finest quality, and they have a huge selection of excellent lures at their disposal.

The anglers who troll blue water for pelagic species, including the tunas, billfish, wahoo, and dolphin, now enjoy a selection of high-speed trolling lures that are virtually guaranteed to bring results. Much the same is true for anglers who probe estuaries with light tackle and use lead head jigs. Years ago there were but a handful of jigs available, and today the lead heads are airbrushed to resemble every baitfish imaginable, with finite detail right down to their eyes. The skirts were once but bucktail or feathers. Today they’re soft plastic, in every color imaginable, with such minute detail that if you hold a live sand launce in the palm of your hand and a soft plastic replica, it’s virtually impossible to tell the difference.

While the tackle and lures have changed mainly by reason of fishing technology, there is one technique that we’d like to share with all saltwater anglers, on all three coasts. Throughout the season, while having upgraded to the equipment just described, make yourself a promise to try a teaser ahead of your primary lure.

Begin with a 4-foot long piece of fluorocarbon leader material. Tie a tiny Spro power swivel within a dropper loop, with one end measuring 12 inches and the other 36 inches. Tie a tiny duo-lock snap to the short leader end to accommodate the teaser, and a somewhat larger duo-lock snap to the terminal end of the leader for your primary lure. Use a small saltwater fly like the Clouser minnow as a teaser, although most any saltwater fly will do. By season’s end you may find yourself catching more fish on the teaser than on the primary lure. Importantly, you’ll receive strikes from species that normally would not strike the large primary lure. Light spinning tackle enables saltwater anglers to tangle with great gamefish. To this we thank the rapid advances in fishing technology.