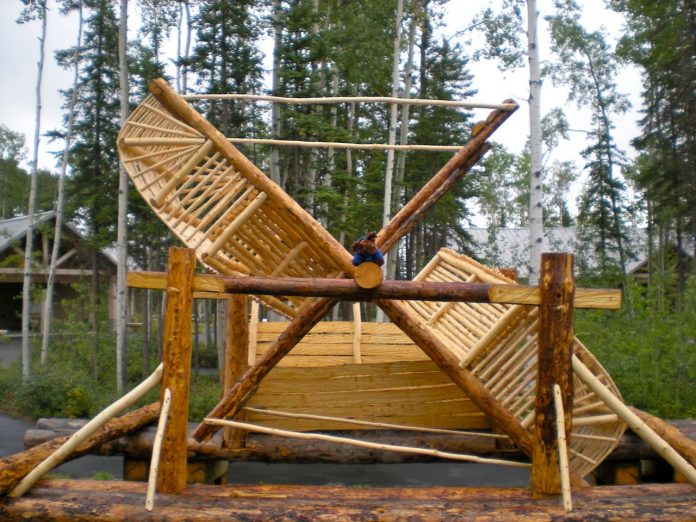 In addition to large devices for mechanical fishing such as fish wheels to catch fish, there are numerous smaller forms of inventive hardware. Only a few of these however are known to be taken seriously. Drum gravity traps are used in Guiana and Niger. This is a variant of the old American schoolboy trick which is used for trapping squirrels.

In the African version a weighted bamboo reed cylinder is suspended so that as soon as a fish pulls at the bait the cylinder falls and traps the fish.

Europeans have used traps that operate like bear traps. These spring shut when tripped. But instead of paired iron jaws, these traps have net bags so as to not to harm the fish. They were used on the upper Rhine with either live salmon or wooden dummies. These were used to draw victims. 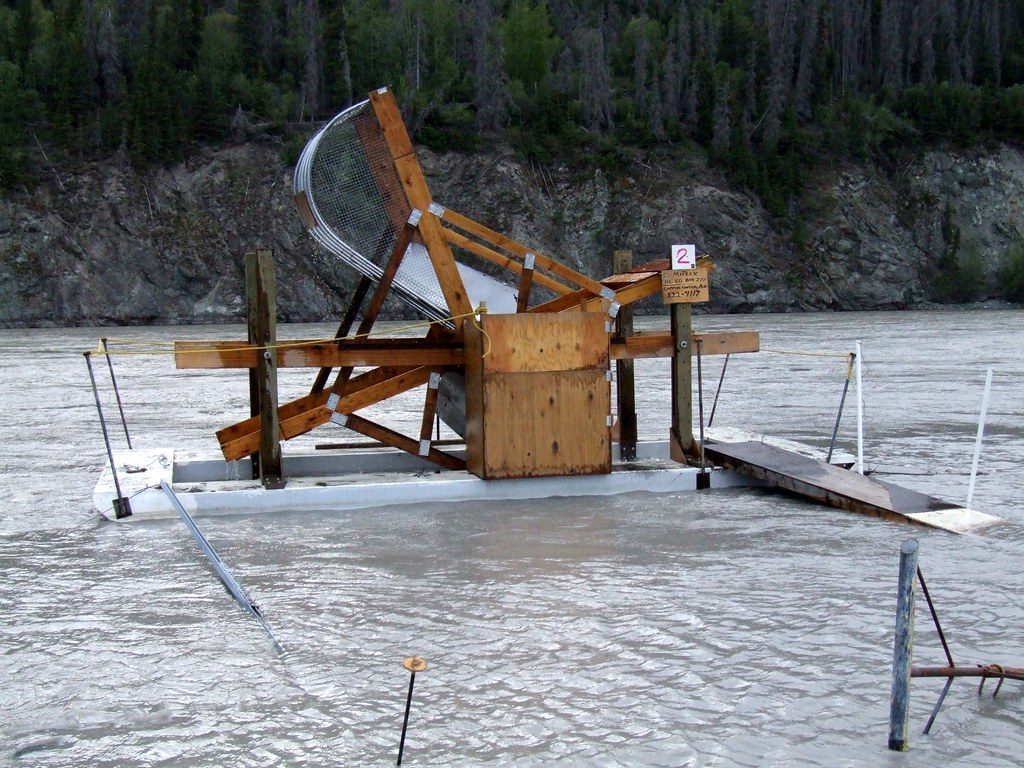 Swedes use a spring shutter trap for pike fishing. A small fish is fitted as bait to a horizontal hook. As soon as a pike strikes the spring releases and a sharp pike impales this fish’s head. This either grips the fish or kills it.

Mechanical Fishing in the Atlantic

Across the Atlantic bear traps actually have been used to catch fish. A Nova Scotia poacher once said that he used Conibear traps on poles. He would them bump them on the noses of Atlantic salmon to spring them. The trap snaps over the fish’s head, killing it.

The concept of the automatic hooksetter has fired the imagination of many a U.S. patent dreamer. But these always seem to end up as interesting gimmicks that no one actually uses. One is meant for bank fishing and is built around a spring-loaded rod holder. It automatically trips when it senses a strike. Hooksetters have been known to even been incorporated into floating bobbers. One model was even being advertised as “the bobber with a brain.” Its inventor may have been thinking just a bit too hard.